With every invention idea you need an Invention Process to step each idea through to test the feasability, marketability, and protectability of your invention.

How to Evaluate your New Idea Invention

Follow these simple Invention Help steps to evaluate any  idea invention:
1. Complete a Recording of your Invention Ideas (i.e., document your ideas invention in writing)

2. Evaluate and document all possible alternate embodiments, useful materials, substitute components, and means of engineering around your idea.

4. Perform Product Research – Search the internet and trade publications for your product terms. For example, type in “toilet air filter” if that is the descriptive terms of your product as well as any relevant combinations of this term.

5. Valuate or estimate your inventions Commercial Viability and the market size.

6. Gather detailed contact information of all inventors and assignees (companiies) listed on any relevant patent or patent application found during your patent search

7. If you feel you must diclose your ideas to a third party prior to filing a patent application then disclose under a confidentiality agreement or non disclosure agreement (NDA Agreement).

9. Schedule a meeting with your patent attorney (or teleconference)

10. Make copies of all documents (ROI, PS, Mkt./RS, pictures, and prior art) and prototypes

Inventor Start Kit™ a digital download of Inventor Assistance which teaches these steps and much more.

Within this website and blog posts you will find inventor help and inventor information and printable materials for those with inventions, ideas, and other intellectual property. Please click the categories to the right, such as Invention Assistance to learn more. 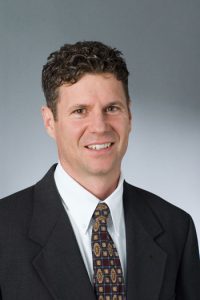 • Most patent attorneys are capable of filing patents on mechanical devices and/or systems.
• Look for an entrepreneurial patent attorney (one who has his/her own inventions, issued patents or one who participated in starting a new business).
• In general you get what you pay for, avoid on-line legal service offerings.

Call now to for a FREE consultation with Patent Attorney Mat Grell in Atlanta GA.

How to Find a Great Patent Attorney in Atlanta GA

How to Find a Great Patent Attorney in Atlanta GA

Look for a patent & trademark attorney who has his/her own inventions, issued patents, trademarks or who has participated in starting a new business.

Work experience creates subject matter expertise.  Look for a patent lawyer who has relevant work experience to your idea invention.

To search the US Patent & Trademark Office for a Patent Attorney near you click the link below or visit US Patent Office and search for “OED Patent Attorney/Agent Search.” Next enter your city/state or zip code into the USPTO search engine and the engine will generate a list of Attorney/Agents near you. Use the criteria above to find a Patent Lawyer right for you. US Patent Lawyer Search

Under 35 U.S.C. § 172, however, only Non-Provisional utility patent applications may swear priority to an earlier filed Provisional Patent application. Therefore, if ornamental design is a prominent feature of an invention, the provisional filing date may not be used as a placeholder for priority. So if both useful features and ornamental design aspects of an invention are important to the overall marketing and proprietary features of it, inventors should consider filing a design patent application in addition to filing a Provisional Patent Application. This can be done either simultaneously or by filing a Design Application soon after the filing of a Provisional Patent Application. That way, the ornamental features can receive a level of patent protection and share its priority date with respect to products sold or publications by others when it comes time for the USPTO to examine each application. Otherwise, products released or publications by others, and even the inventor’s own publications or sales, may become novelty defeating prior art against the inventor’s design application and the inventor may risk not being able to protect their ornamental features. 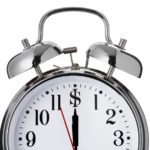 If you have a useful invention that also features a unique ornamental design, it’s important to keep these special design patent rules in mind. Since you’ll need to prepare important documents and critical dates are crucial to turning your application into a patent, you should consider hiring a patent attorney. If you’d like our help or have any questions before filing, please call Grell & Watson Patent Attorneys for a free consultation.

Is a Hashtag something you can Trademark?

A place to search other Hashtags to see if anyone is using your proposed Hashtag is http://twubs.com/

Conclusion: Therefore, general Trademark rules apply. If a mark consists of the hash symbol or the term HASHTAG combined with wording that is merely descriptive or generic for the goods or services, the entire mark must be refused as merely descriptive or generic. Also trademark must functions as an identifier of the source of the applicant’s goods or services, if not then not trademarkable.

Background: Originally developed on Twitter, a hashtag is a word or a phrase following the pound sign “#phrase” used to categorize messages on social media relating to a specific topic the phrase. Hashtags have become an important aspect of social media.  Their presence can be seen on social media platforms such as Facebook, Instagram, YouTube, Pinterest and more.

Hashtags function like a search key word and when searched will produce all messages and photos tagged with the #hashtag.  Hashtags are used by individuals, celebrities, politicians, companies, television shows, radio shows, podcasts, YouTube channels and more to gather messages together under a specific topic the phrase. Consumers can use them to rate products or services and even to promote a product, service, or business.

Law: According to the Trademark Manual of Examining Procedure, a “hashtag” is a form of metadata consisting of a word or phrase prefixed with the symbol “#” (e.g., #chicago, #sewing, and #supremecourtdecisions). Hashtags are often used on social-networking sites to identify or facilitate a search for a keyword or topic of interest. See Dictionary.com, search of “hashtag,” http://dictionary.reference.com/browse/hashtag (June 19, 2013) (citing Random House Dictionary). A mark consisting of or containing the hash symbol (#) or the term HASHTAG is registrable as a trademark or service mark only if it functions as an identifier of the source of the applicant’s goods or services. Generally, the hash symbol and the wording HASHTAG do not provide any source-indicating function because they merely facilitate categorization and searching within online social media (i.e., social-media participants are directed to search a particular subject.

How to Patent an Idea

How to Patent an Idea – What is a Provisional Patent?

How to Patent an Idea – Which Costs Less

When to use a non-provisional

Pretty much any other reason than those two above will be a good reason for filing a non-provisional. Namely, if you want to get a patent you should immediately file a non-provisional patent application and get the process going.

The Federal Circuit has issued several decisions that clarify how the broadest reasonable interpretation (BRI) standard should be applied in patent application prosecution. The rulings underscore the importance of using the ordinary and customary meaning of claim terms consistent with the specification and drawings. Further, the court seems to stress patent disclosure (via a patent search) when determining how broad of an interpretation is reasonable. END_OF_DOCUMENT_TOKEN_TO_BE_REPLACED

The Supreme Court’s decision in Alice implemented a two-step test, the first of which focuses on abstractness. Since Alice, the Federal Circuit has issued decisions that provide guidance on determining whether a claim is directed to an abstract idea. The Enfish, BASCOM, DDR Holdings, Rapid Litigation and McRO rulings help bring clarity to the Alice test.

In DDR Holdings and BASCOM, the Federal Circuit discussed a problem-solution approach to finding patent eligibility, despite abstractness. In Enfish and McRO, the Court emphasized the Specification’s teachings vis-à-vis the prior art. These cases provide guidance on how to successfully navigate the post-Alice minefield of 35 U.S.C. § 101 abstractness rejections in the absence of a clear guideline on what is considered abstract.

We will review these and other key issues:

After our presentations, we will engage in a live question and answer session with participants so we can answer your questions about these important issues directly.

I hope you’ll join us.

For more information or to register >

Counsel must find the proper balance when claiming designs. Applicants will often use portion claiming techniques, which helps protect the innovative portions of a design while making it more difficult to “design around” the patent. However, it may also make it harder to get the patent because it is more susceptible to the prior art.

In light of recent design patent decisions, including the Federal Circuit’s decision in Sport Dimension (2016), counsel should consider filing applications with multiple embodiments or filing multiple applications for a design concept with different degrees of scope.

The panel will review these and other key questions:

What is a Non-Provisional Patent Application?

When to use a non-provisional

Pretty much any other reason than those two above will be a good reason for filing a non-provisional. Namely, if you want to get a patent and reason 1 above doesn’t apply, you should immediately file a non-provisional patent application and get the process going.

Are you looking for a Patent Attorney in Marietta? 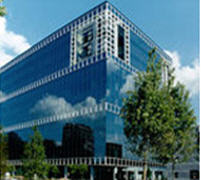 We have detailed personal experience to guide you form the point of conception of your idea, to the most cost effective means of protecting your idea, to bringing your invention to fruition whether you are planning to manufacture and distribute yourself or whether you plan to license the intellectual property of this invention in return for a royalty. We have developed relationships with infomercial companies, retailers, large niche distributors, and web platform or ecommerce developers to assist you in getting a return on your invention investment. I am an electrical engineer, patent attorney and former general counsel for a telecom start-up here in Georgia.

Call now to for a FREE consultation with Mat Grell in Georgia.

Theme by Anders Noren — Up ↑